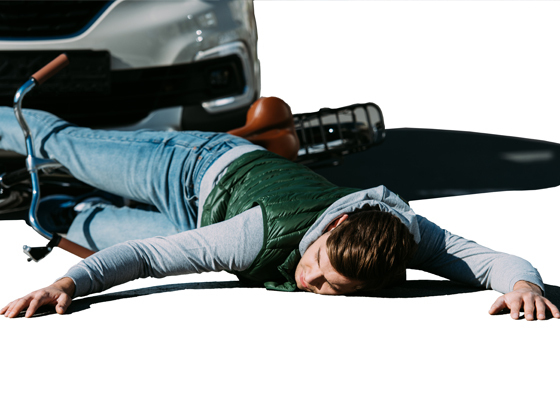 Bicycling is one of the fastest-growing past times in California and a popular form of exercise. Already in 2020, nationwide sales of bicycles and related accessories have grown more than 600% over this time last year.

Though this growth in bicycle sales is in large part due to concerns about using public transportation during the COVID-19 pandemic, as well as a desire amongst restless Americans to get out and exercise, it rides an upward trend in bicycle sales that began many years before.

According to the National Highway Traffic Safety Administration (NHTSA), the number of cyclists killed in 2018 rose 6.3%, even though total traffic fatalities declined. Also, according to the NHTSA, a total of 857 bicyclists were killed in accidents involving other motor vehicles in 2018, a 7% increase from the previous year.

If you have been injured in a bicycle accident in California, you should contact an experienced personal injury attorney at EAccidents as soon as possible. You may be entitled to recover the money you need to address your injuries, pay for the damage to your bicycle, and much more.

Whether you were hit by an opening car door or a vehicle that did not notice you on the road, or whether you encountered an unexpected and poorly marked speed bump or a vehicle blocking the bike lane, bicycle accidents can happen, and when they do, they often result in serious injuries to the cyclist.

After your bicycle accident, you may have a lot of questions running through your mind, including:

It is only natural to be concerned about your injuries and whether or not you will receive the compensation you need to fully recover from them. The good news is that there are laws that protect cyclists in California and amazing lawyers that will fight for you at EAccidents.

EAccidents attorneys will review all of your legal options and determine if you have a case worth pursuing. We understand your concerns and will strive to obtain the maximum compensation possible for your injuries and losses.

What To Do After Being injured in a California Bicycle Accident

You have been injured in a bicycle accident. You are worried about racking up medical bills, and losing time at work. You are concerned about how your case will settle. You want to get the highest settlement amount possible, but you don’t know what to do.

What you do in the hours immediately after a bicycle accident is extremely important to the success of any bicycle accident claim you may file later. Here are the steps you need to take to 1) preserve your right to compensation, 2) secure evidence to support your claim, and 3) increase your settlement as much as possible:

If you or a loved one has been injured in a California bicycle accident, you need an experienced personal injury attorney to help you recover the highest possible amount for your injuries and losses. We accept personal injury cases on a contingency fee basis. This means that we don’t get paid unless we recover money on your behalf. Therefore, we have every incentive to work hard on your case and to get you the best possible results.

Give our law office a call today to arrange a free consultation with an experienced California bicycle accident attorney.

We offer extremely flexible appointments, with availability 24 hours a day, seven days a week. If you are injured, we will not hesitate to travel to meet with you.

*By Appointment Only Please Call To Schedule

We’ll Come To You! Please Call To Schedule